A visit to CW Widlife Rescue

I have been following CW Wildlife on Facebook for a few months now mainly because they are local to me, and last week my Mum and I were privileged enough to be invited to have a look around their new premises.

We had a lovely time seeing the patients and meeting a couple of the birds that are full time residents. It inspired us both and today we went back armed with old towels, old newspapers, cleaning products, puppy food and training pads, and most importantly I was given permission to take some photos and find out more about this amazing operation.

Chris, and his son Harry, have worked really hard to get where they are today. The rescue organisation is only two years old and they have treated and released hundreds of birds and mammals.

Chris has always had a love of wildlife and probably relates more to animals than people. After looking after an injured crow a few years ago he realised how much he wanted to help animals and birds that were injured, orphaned or lost. It costs a lot to run the rescue centre, in both money and time. The hours are long, and the work can be dirty and smelly. The patients don't like you and often let you know that, but Chris and Harry wouldn't have it any other way. Chris was inspired by the late Les Stocker (who founded the famous Tiggywinkles centre), the late Steve Irwin and the natural historian Sir David Attenborough. Chris and Harry are not paid for what they do, they operate purely thanks to donations and are assisted by volunteers. Their knowledge is incredible and you can see just by watching them around their patients that their love for our wildlife is genuine.

The centre is not open to the public so any donations have to be arranged with Chris directly, his contact details are at the end of this blog post. I have also posted a link to their website where cash donations can be made. 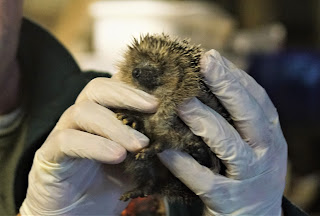 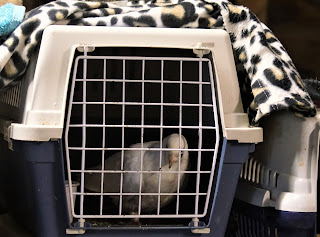 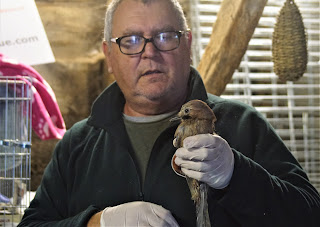 Whilst I was there today Chris said an unusual patient was on it's way to the centre...…. 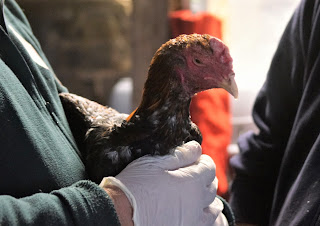 This stunning Cockerel had been literally thrown over a garden wall. It cannot fly and appeared to have a limp. On closer inspection it's comb/wattle had been cut off and the bird seemed to be in shock.
Harry has the same love of animals as his father, and immediately took to the poor Cockerel, holding it closely against his body and talking soothingly to it. Within a few moments the poor bird was calm and even appeared to fall asleep, so we think it is very used to human contact but has probably been through a very traumatic experience. 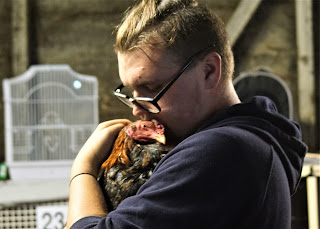 The finder had called the bird Rusty, and it's a very apt name. My photos don't do the bird justice but he is a magnificent and colourfully handsome chap.

I will be volunteering there myself in the future, and helping Chris and Harry in any way that I can whether it be cleaning the incubators of hedgehog pooh (well done Luke !) or collecting donations to help keep this amazing rescue centre operating. 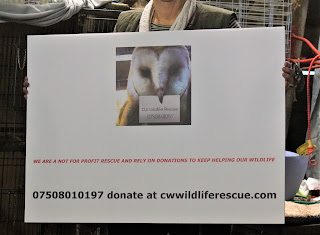 CW Wildlife contact details are by mobile 07508 010197 and/or email cwwildliferescue@yahoo.com
Cash donations can be made via their website https://cwwildliferescue.com/

If anyone local to me (Middlesex area) can help with donating old towels, puppy food, hamster or gerbil cages, folding dog pens/cages, cleaning products, disposable gloves or, very importantly, two hard backed desk chairs, please email me at wendywinomarks@hotmail.co.uk so I can advise of a nearby drop off point or arrange to come to you. Thank you in advance. 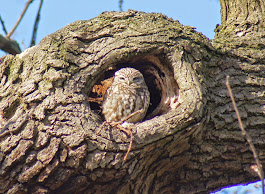